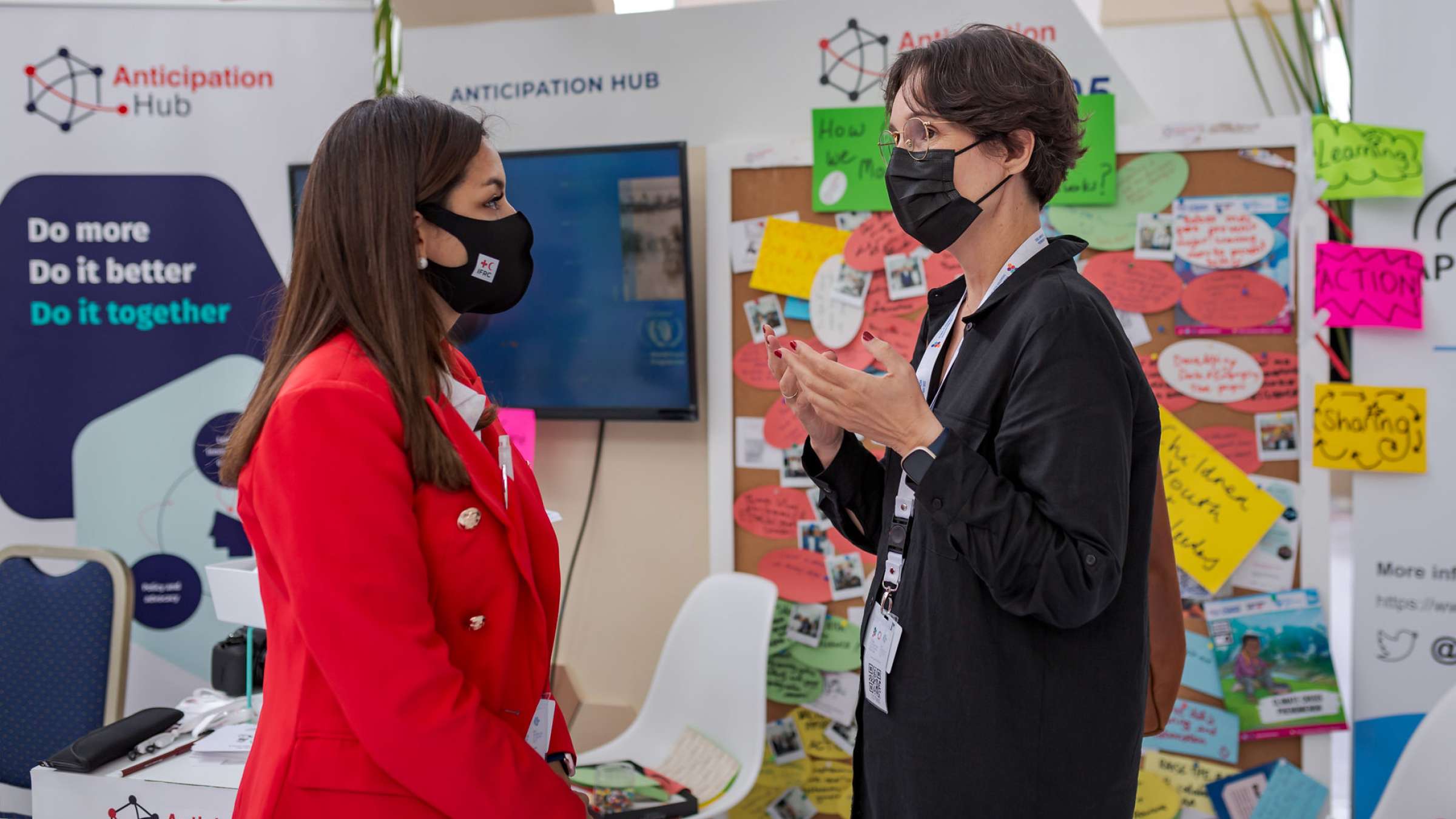 More countries must urgently adopt and improve early warning systems to reduce risks from an increasing number of climate hazards and other disasters across the world, a UN forum has concluded. This reaffirms the importance of one of WMO’s top priorities – to ensure universal access to early warning services in the next five years.

The Global Platform for Disaster Risk Reduction (GPDRR) called on countries to “Think Resilience” and to improve preventative measures and ‘stop the spiral of increasing disaster impact and risk.’

It took place from 25 to 27 May in Bali, Indonesia – a nation confronted with volcanic eruptions, earthquakes and tsunamis as well as weather and climate-related hazards. It was preceded by a Multi-Hazard Early Warning conference (MHEWC-III) co-sponsored by WMO, together with the Indonesia Meteorological, Climatological and Geophysical Agency (BMKG) and a wide range of partners.

More than 750 people attended MHEWC-III. It provided the first opportunity to discuss the call by António Guterres, UN Secretary-General, for early warning systems to cover every person on the planet within five years. He has tasked WMO with drawing up a plan to be presented by the forthcoming UN Climate Change negotiations, known as COP27 in Egypt in November.

“We need to do more, especially for the most vulnerable, to incorporate disaster risk in how we live, build, and invest. Communities need to be equipped to adapt and build resilience against multiple risks and climate change impacts,” UN Deputy Secretary-General Amina M. Mohammed told the closing session of the Multi-Hazard Early Warning Conference.

“Despite important achievements in scaling up early warning systems globally, significant gaps remain. One-third of the world’s people, mainly in least developed countries and small island developing states, are still not covered by early warning systems. In Africa, the numbers are even starker: 60 per cent of people lack coverage. This is simply unacceptable.  We must boost the power of prediction for everyone and build their capacity to act,” said Ms Mohammed.

MHEWC-III took stock of progress in the implementation of the Sendai Framework and identified a number of gaps and related needs and priorities:

Progress and challenges in saving lives, assets and livelihoods through increased access to early weather warnings and risk information in more than 44 Least Developed Countries and Small Island Developing States was showcased during the release of the annual report of the Climate Risk and Early Warnings Systems Initiative (CREWS).

The CREWS Trust Fund has invested over US$ 75 million in projects in LDCs and SIDS – and has mobilized an additional US$ 270 million from public funds of other development partners. WMO implements projects funded through the CREWS Trust Fund.

“We need to scale up support for those on the frontlines of the climate crisis,” said UN Assistant Secretary-General for Climate Action Selwin Hart.

“Initiatives like CREWS deliver concrete results to those who need it most. One in three persons in a SIDS or LDC and six out of ten persons in Africa don’t have access to early warning systems. We have to collaborate and cooperate like we’ve never done before,” he said.

The need for multi-hazard early warnings was highlighted by a WMO report in 2021 that showed that a disaster related to a weather, climate or water hazard occurred every day on average over the past 50 years – killing 115 people and causing US$ 202 million in losses daily.

The number of disasters has increased by a factor of five over the 50-year period, driven by climate change, more extreme weather and improved reporting. But, thanks to improved early warnings and disaster management, the number of deaths decreased almost three-fold.

According to the WMO Atlas of Mortality and Economic Losses from Weather, Climate and Water Extremes (1970 – 2019), there were more than 11 000 reported disasters attributed to these hazards globally, with just over 2 million deaths and US$ 3.64 trillion in losses.

Read the original story here
Share this
Also featured on

Back to Announcements
Related information
Related links
More News from the Global Platform 2022
GP2022 in the News
UN disaster summit concludes with Bali Agenda for Resilience to prevent world from facing 1.5 disasters a day by 2030
2022 Sasakawa Award winners promote inclusion and protection of vulnerable people
Listen to the communities – Disaster displacement is on the increase, and the affected people must be heard
Keywords
Themes
Disaster Risk Management
Social Impacts & Social Resilience